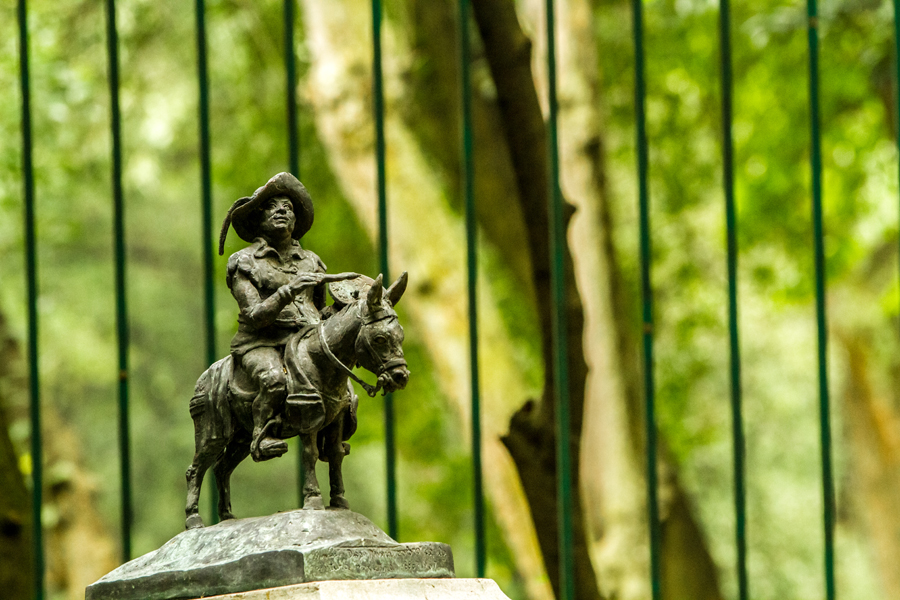 Do you know that Mexico city was the home of one of the most surrealistic fountains of the world? (We want it back)

When the Quijote Fountain, protagonist of this note, was built, the purpose behind its construction was to create a corner to inspire people to reading in the contemplation of nature inside Mexico City’s maelstrom.

The exact date when this place was created is unknown, we know that it was built around the start of the XX century. While time passed by, this beautiful corner inside the heart of the forest, became citizen’s favorite spot for cultural enjoyment, that even offered them its own library, that was sheltered inside the columns topped with statues.

At that time, this enchanting place had a structure composed of four benches, hand-painted tiles that narrate some passages of the literary work ‘El Ingenioso Hidalgo Don Quijote de la Mancha’, and two columns and sculptures in the likeness of ‘El Quijote’ and ‘Sancho Panza, initially made by the Spanish sculpturer Miguel Alessio Robles, in Sevilla, Spain.

But, sometimes fatality brings unexpected and positive effects. After the place was vandalized in 1974, when the sculptures were stolen, the reconstruction of the space engendered a gift for Mexico City with one of the most surrealistic chapters of its sculptural history.

‘El Quijote’ and ‘Sancho Panza’ are by themselves, surrealistic characters. Maybe Miguel de Cervantes Saavedra never imagined that they could be taken to an even more amazing place.

But this actually happened thanks to the work of art elaborated by José María Fernández Urbina. This Mexican sculptor from Durango devises, among his last works, a very special and singular mixed one.

In his mind, Jose María somehow, found a match between the personality or at least the physical appearance of Salvador Dalí (maybe the most surreal of the surrealists) with ‘El Quijote’s shape; and his faithful squire was portrayed by a favorite ‘rotund’ artist of the pictorial history of Mexico: Diego Rivera: what a character!

This mixture so unrealistic and nice at the same time, lived inside the Chapultepec forest up to 2015, when again ‘The Quijote Fountain’ was vandalized. 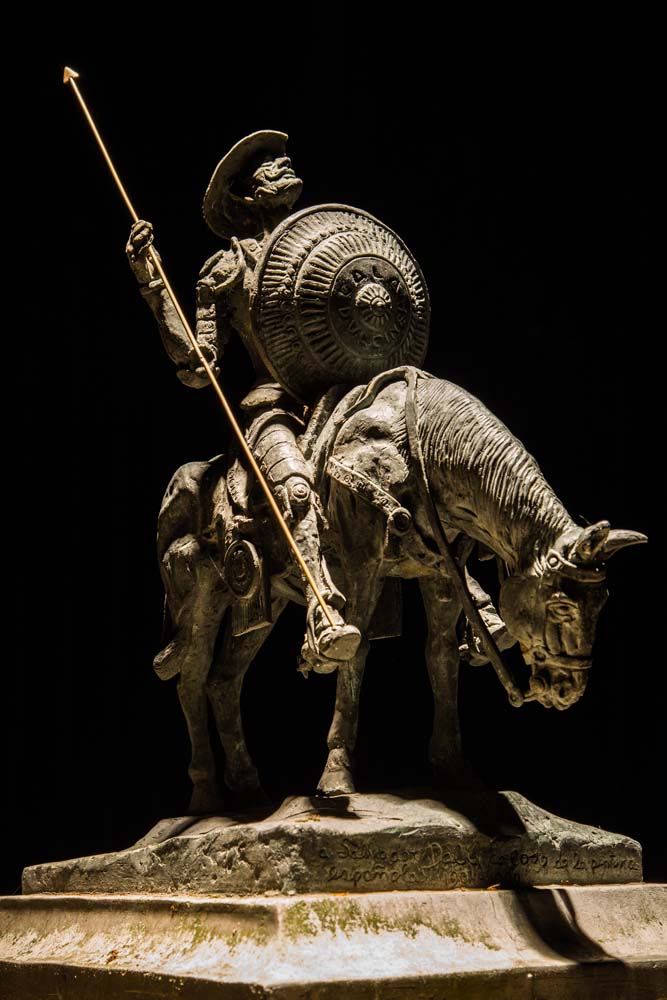 The most surreal neighbors of the forest want to come back

We want these characters back and we want to help to give back to Mexico City, one of its most special cultural heritage landmarks. That is why we have created a campaign to achieve this goal.

Pro Bosque Chapultepec Trust, and Steve McPherson, a lover of this place and the forest, we join efforts to rescue this Fountain and its very surreal characters with the help of a fundraising effort that will last 6 months.

Our intention is to again give to this magic place its original cultural purpose of inspiring people to read and contemplate surrounded by nature in Mexico City (CDMX) the same as it was at the beginning of the 20th century. We want to bring to life this amazing space of Mexico city’s lungs, and with your help, we will be close to achieve this purpose.

To get more information about the campaign, click here.