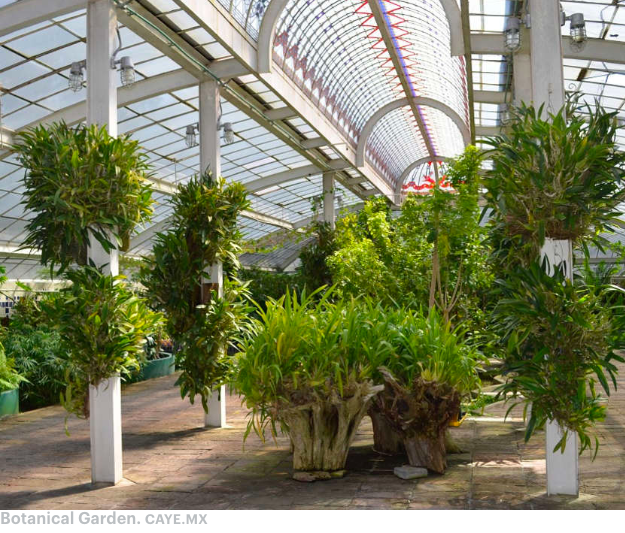 We hear the name Chapultepec Park and immediately think of any number of well-known spots: the Castle, naturally; and of course the National Anthropology Museum; and the Rufino Tamayo and Modern Art museums; … the zoo, and the lake. But in a 1700-acre park, there can easily be many other great spots, too. Most likely you’re familiar with some of them, yet others you probably didn’t even know existed.

It targets children and young people, who can learn about Mexican history visually. In 1960, when it was built, it was architect Pedro Ramírez Vázquez’s first project in the park, and he designed a spiral building (consequently the name Caracol, meaning Snail). 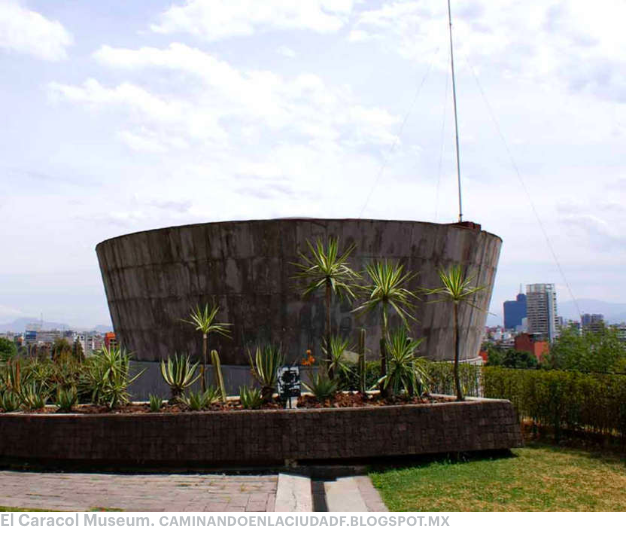 Originally in this spot was the Cincalco Cave, which according to legend, led to Mictlán, the land of the dead. Poet Salvador Novo called it “In xochitl, in cuicatl” (in the flower, the song). The place has eight speakers set up around the benches. You sit down, grab a book and let yourself go with the music. There’s classical, new age, jazz and chill out.

At first, it housed the Automobile Club. At the time of the Revolution its name was changed to Casa del Lago (literally Lake House), and since 1959 it has been a cultural center run by the UNAM. It is a gathering place for writers, musicians, theater people and painters. And the group of artists (Juan García Ponce, José Emilio Pacheco, Juan Vicente Melo, among others) who got together here in the 1960s has been dubbed “the Casa del Lago Generation”. It is still a bastion of art, performances and concerts. 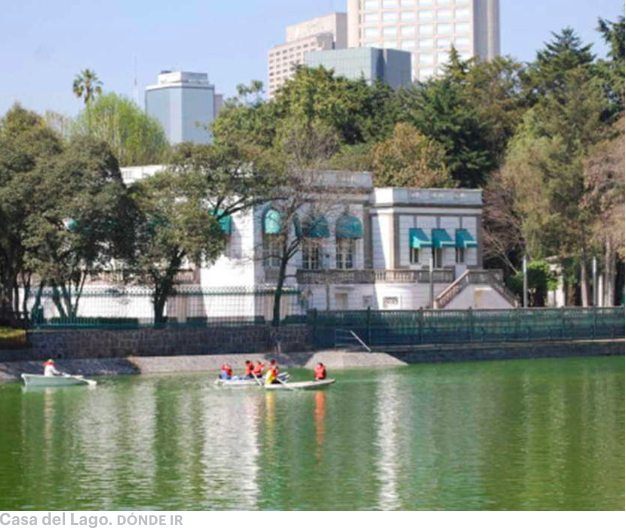 Its style resembles that of European chalets, and it was once living quarters of the park warden. Nowadays, it hosts cultural activities such as workshops, book presentations and storytelling. It also has a small planetarium that can hold 35 stargazers. It’s a worthwhile destination whether alone or with other(s). 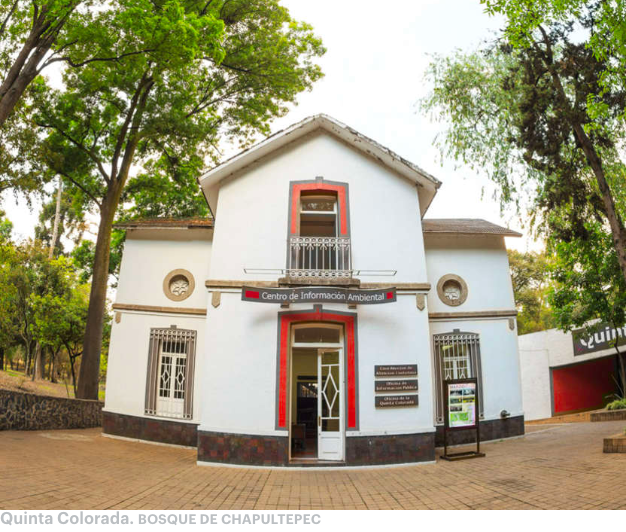 Unveiled on September 15,1956, it is the work of sculptor Luis Ortiz Monasterio. At its center, the poet king himself emerges, sculpted in black stone from Xaltocan, while the bas-relief work displays scenes from his life. The area is perfect for exercising and walking. 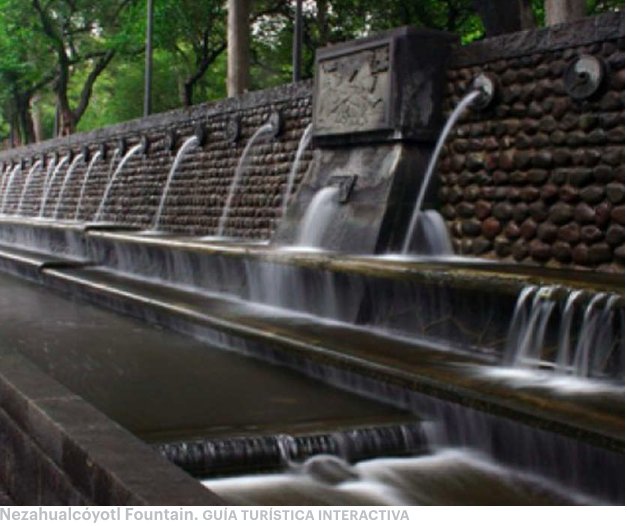 Its history goes way back to 1790, when the collection was begun. In 1964 its current location, in the second section of the park, was opened. It boasts a plaster replica of a Diplodocus Carnegie, that is 90 feet long and 13 tall. The museum also has halls on the Universe, the Earth, the origin of life, human evolution and more. 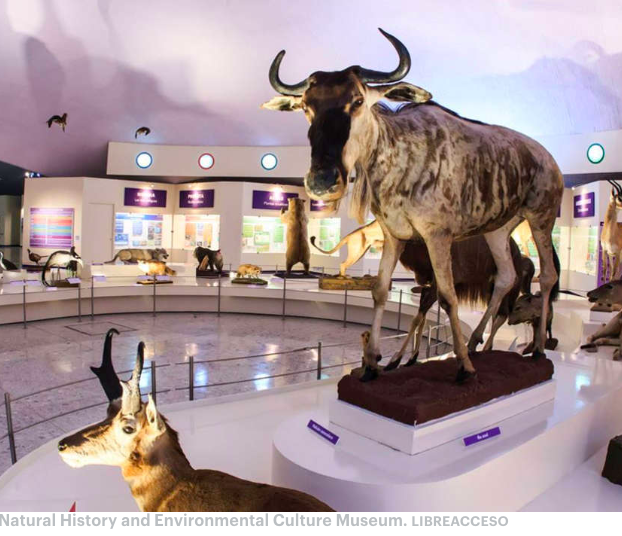 This monument, built by architect Ricardo Rivas, engineer Eduardo Molina and Diego Rivera, pays tribute to the Lerma system waterworks. Diego Rivera’s mural Water, the Origin of Life was meant to be the floor of a pool, but the paint didn’t hold up, so it had to be emptied. 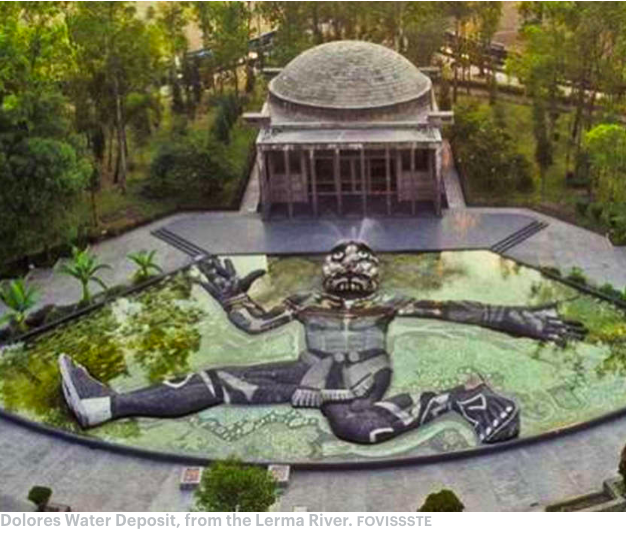 Invited by Moctezuma Ilhuicamina, the “poet king” Nezahualcóyotl planted this Mexican cypress tree, around 1460. The “Sargent” is no longer alive, but its thick trunk remains sturdy. It measures 50 feet tall, 130 in circumference and lived 500 years. The “Tlatoani”, another Mexican cypress, is about 700 years old and the park’s oldest inhabitant. 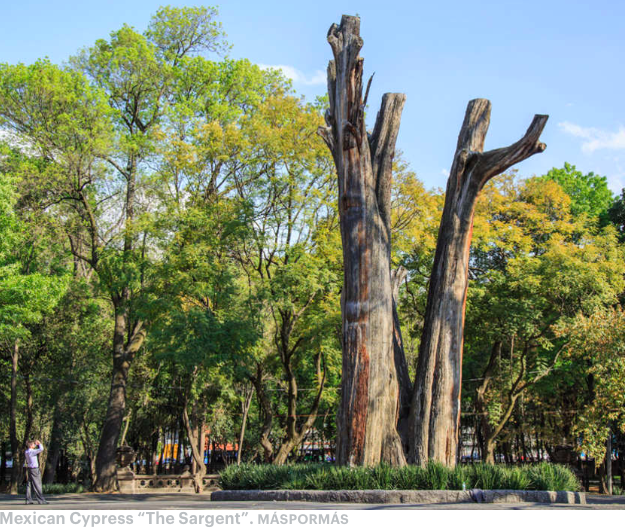 9. Obelisk to the Hero Boys

Everyone is familiar with the Monument to the Hero Boys (its official name is Altar to the Homeland) behind the Modern Art Museum, but few people have seen this obelisk, the first memorial to them, created in 1884 by architect Ramón Rodríguez Arangoity. A plaque in front of the monument indicates the place where –it is said–the body of Juan Escutia was found. He was the cadet who is said to have thrown himself, wrapped in the flag, over Chapultepec Hill on September 13, 1847. 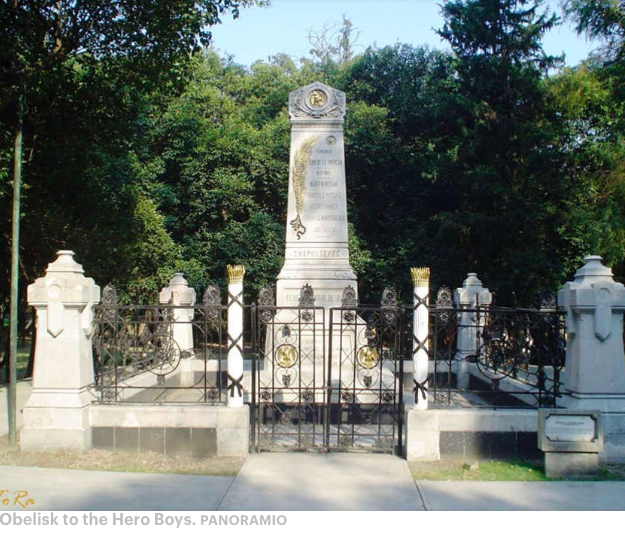 It was created in 2006, in the area that had been the Children’s Center. An iron and glass structure is filled with ornamental flowers, succulents, orchids and cacti. There are also native plant species such as cedars, poplars, palm trees, alders, pines, ginkgos, sycamore and liquidambar.